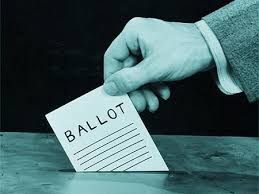 Are the Elections Rigged?

As my former neighbors in Minnesota would say—you betcha. But not so much, at least in recent years, like the Republican presidential candidate predicts will rob him November 8.

There’s no more poll tax and civics tests once used to deny voting rights to southern Blacks. Mobbed up Democrat machines no longer use violence and ballot box stuffing as depicted in Altman’s film about my hometown Kansas City.

The most recent example of a stolen presidential election was in 2000. A Republican appointed Supreme Court majority ordered a halt to the counting of the infamous disputed “hanging chads” in Florida—effectively awarding the White House to the GOP candidate who came in second in the popular vote.

The “proof of citizenship” laws in a number of states were masterminded by a Trump supporter–Republican Kansas Secretary of State Kobach– to discourage poor and elderly voters who presumably mostly vote Democrat. It is likely that any intimidation, and specious challenges of voters disrupting the process at the polls, will be the work of the followers of the founder of Trump University.

While shenanigans in the precincts are now relatively rare how the precincts are distributed are another matter. With generous financial support from those like the notorious Koch brothers, right-wing Republican dominated state legislatures redrew gerrymandered congressional districts. The result was lop-sided GOP majorities in the House in the last three congressional contests—even though the Democrats won more votes overall.

Though the center-right Democrats seem to have got the short end of the stick recently they continue their historic role as co-conspirators in rigging the whole system in favor of the ruling class. These two semi-official parties are more or less automatically on the ballot. Other parties or independent candidates typically have to petition with many thousands of signatures of registered voters. The “also rans” are almost always excluded from televised “debates”–that have recently degenerated in to “dirty dozen”-like insults.

Similar requirements have transformed the Progressive Era reforms of Initiative and Referendum in to the opposite of their intention. Today they are mostly reactionary propositions introduced by the ruling rich who can easily afford to pay for signature gathering and media advertising. Nearly all of the measures on the Missouri and Kansas City ballots this time fall in to this category–and I urge a “no” vote on all of them.

Underlying this de facto electoral monopoly of the boss and banker class is the very structure of national government created by the “Founding Fathers.” The three purportedly equal branches of government are less a safeguard against corruption, or one branch getting too big for their britches, as it is a mandate for consensus of the ruling class before making any drastic changes.

This barrier to challenges by workers and farmers was undermined by the need to share rule by two incompatible classes—the capitalists and slave-holders. In only a few decades, that had to be resolved by a bloody Civil War. Some historians call it the Second American Revolution.

Revolutionary as it was, the victorious capitalists stuck with a balance of power among the branches of government, with contentious measures being sorted out within their class. They preferred to govern behind a facade of democracy, getting the worker and farmer majorities to voluntarily accept them calling the shots–rather than mainly open repression.

Not that there hasn’t also been repression to try to stop such modest demands as the right to vote by women and African-Americans, family farmer struggles against bank foreclosures, and worker efforts to organize unions. When odious forces like the Ku Klux Klan and Pinkerton’s failed, the armed units of local, state and Federal governments were also used—and sometimes still are. 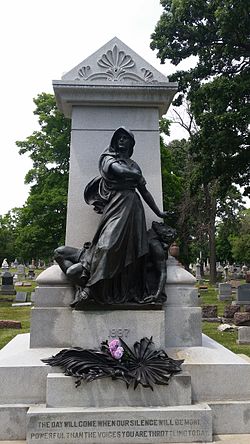 They have also utilized the judicial branch to imprison, deport, and even execute working class fighters—such as the Haymarket Martyrs, the twice jailed Eugene V Debs, and the Palmer Raids.

While criminal charges against broadcast journalist Amy Goodman for her coverage of protests against the Dakota Access Pipeline were recently dismissed two video journalists are still facing possible 45 year prison sentences for filming other pipeline actions.

Yes, the system is rigged—but not against rogue billionaires. Along the road to Class & Climate Justice we will need to develop new democratic structures for a new ruling class—the working class majority.

Today, while some are lured by a demagogue to the dark side of racism, sexism, xenophobia, and homophobia, even more are involved in significant issue movements around climate, war, Black Lives Matter, women’s equality, LGBT rights, solidarity with immigrants, single-payer health care, fights for a living wage. There are even some important union battles. Neither present government structures or official political parties can serve the interests of these movements. But we haven’t yet taken the indispensable first step on the journey toward worker political power—launching a credible party of our own.

Which ever of the two justly unpopular options offered at the top of the boss party tickets prevail–we lose. It will be a costly defeat reverberating throughout the world—and our biosphere.

We can’t afford to let that happen again without even putting up a fight. Permit me to mangle a call popularized by a couple of German lads in the nineteenth century: Workers of America Unite–We Have Nothing to Lose But Our Rigs! A labor party, based on the resources of our unions while open to, and advocating for the interests of all working people, is the next indicated step toward unity of our class on the road to political power.

Even as President Bush II staged a dramatic landing on an aircraft carrier with a giant banner in the background proclaiming “Mission Accomplished,” his Generals and Admirals knew this victory celebration was at least premature.

More than thirteen years after that stunt, now on the watch of a Nobel Peace Prize winner in the White House, American troops are still killing and being killed in Afghanistan. Many more died in Iraq before a withdrawal after eight years. Now they are back—boots and all—on the ground, “advising” Iraqi and Kurdish forces in the Mosul offensive. A Navy Petty Officer was killed by a roadside bomb there last week.

The Peace President, for a while with the assistance of Secretary of State Clinton, also pursued regime change that led to a failed state in Libya; launched drone attacks in Pakistan and Sudan; regularly bombs often mis-identified suspected terrorist targets throughout Iraq and Syria; and recently deployed a Navy Destroyer to launch cruise missile attacks in Yemen in support of Saudi intervention in that country. He’s also done a pretty good job of reviving the Cold War with the other nuclear super-power.

The War Establishment has always attempted to deflect opposition by rallying Support the Troops. We are urged to address all GIs—both active duty and separated—as “heroes.” This hypocrisy has now sunk to new depths. A Los Angeles Times article begins,

“Short of troops to fight in Iraq and Afghanistan a decade ago, the California National Guard enticed thousands of soldiers with bonuses of $15,000 or more to reenlist and go to war. Now the Pentagon is demanding the money back. Nearly 10,000 soldiers, many of whom served multiple combat tours, have been ordered to repay large enlistment bonuses — and slapped with interest charges, wage garnishments and tax liens if they refuse”

Nothing is too good for heroes—and even less than that is what the ruling class wants to give them. Like Gene Debs, I believe the only just war is the class war. The best support for the troops is to bring them home where they are wanted and belong. And those who served in the belief their country needed them to fight are entitled to everything they were promised—and a lot more.

* The Saturday New York Times reported, “Thousands of unionized faculty members at state-run universities in Pennsylvania ended a three-day strike on Friday after a tentative agreement was reached with the state, officials said.” The main issues were class size and curtailing use of adjunct positions. It’s expected the ratification process will take about six weeks.

* New organizing of often low wage college faculty continues to make gains in the Twin Cities. According to the St Paul Union Advocate, “Faculty at Minneapolis College of Art and Design have voted overwhelmingly to unionize after an organizing drive sponsored by Local 284 of the Service Employees International Union. The election results were announced this afternoon, just days after adjunct faculty at Augsburg College filed for a union election of their own.”

* From the Seattle Times, “About 2,000 Seattle educators wore Black Lives Matter shirts at their schools Wednesday to call for racial equity in education. Schools across the district held ‘Black Lives Matter at School’ rallies before classes began for the day. Students, parents and teachers also wore stickers and buttons emblazoned with the ‘Black Lives Matter’ slogan.”

* Having given up the hard stuff decades ago, I was surprised to learn there’s a Bourbon Boom. That came to my attention when, after other distillers settled with the UFCW, Jim Beam—my dad’s favorite and once mine as well—forced a strike of 200 Kentucky workers over drastic take-back demands including scrapping seniority. But the company soon sobered up. After a few days, a completely new negotiating committee called the union back to the table. A deal along industry standards was quickly agreed and ratified. The barrels start rolling again Monday.

* SEIU Local 1000, representing 95,000 California state employees, is conducting a strike vote. The main issue is wages. Governor Brown has offered 12 percent over four years but would also require new paycheck deductions to cover retiree health insurance. Teamsters Local 2010, who represent thousands of support workers at the state’s universities released a survey they had commissioned revealing 70 percent of their workers are struggling to put food on the table.

* The United Electrical, Radio & Machine Workers (UE) has won a representation election for about 600 FCI contract workers at the National Visa Center in Portsmouth, New Hampshire.