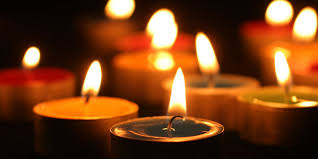 Though I should have known better, I delayed posting this WIR to respond to the mass murder at a Gay Club in Orlando. Initial reports are always confused and old axes are inevitably brought out for grinding. While truth remains elusive, some things can be said with certainty.

Regardless of any real or vicarious connections of the psychopathic shooter to ISIL, this was a homophobic hate crime.

Both the jihadist terrorists, and many “allies in the war on terror,” such as Saudi Arabia, kill LGBT folks when they can find them. They justify this as a literal interpretation of holy texts shared by all Abrahamic faiths.

Certainly the majority of Christians, Jews, and Muslims don’t condone murdering Gays. But too many pious people in the USA join with the far-right in whipping up bigotry—and attempts to deny basic human and civil rights to the tens of millions of LGBT Americans. To be sure, the intolerant have been losing ground but their hate still encourages the mentally unbalanced to murder—just as other Christian extremists influence those who shoot doctors and bomb clinics “killing babies.”

Some will use Orlando to beat the drums for more effective security measures against terrorists. Others will argue for greater gun control laws. The more tolerant faithful will pray. These have become as routine as they are ineffective after every such outrage.

Whether hate crimes, terrorist acts, drive-by shootings, or road rage—epidemic violence is a symptom of a degenerating society whose history has always been soaked in blood–through slavery, Manifest Destiny accompanied by genocide against the indigenous and a war of conquest against Mexico, and now as a super-power based on ability to destroy most of humanity in a few hours. All of this is glorified in films, television and savage video games.

I view my country from a different perspective, one ably stated by a working class hero from my hometown of Kansas City—James P Cannon—in a 1948 speech entitled The Two Americas. Cannon said, 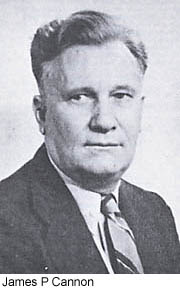 “One is the America of the imperialists—of the little clique of capitalists, landlords, and militarists who are threatening and terrifying the world. This is the America the people of the world hate and fear.

“There is the other America—the America of the workers and farmers and the “little people”. They constitute the great majority of the people. They do the work of the country. They revere its old democratic traditions—its old record of friendship for the people of other lands, in their struggles against kings and despots—its generous asylum once freely granted to the oppressed.

“This is the America which must and will solve the world crisis—by taking power out of the hands of the little clique of exploiters and parasites, and establishing a government of workers and farmers. The workers’ and farmers’ government will immediately proceed to change things fundamentally.”

I believe that other America will be heard from—and only then will we be truly great for the first time. It’s only our America, preaching and practicing solidarity instead of hate and implementing social justice, that can achieve peace in our world and our neighborhoods.

The expression “the Struggle Continues” has been used at various points in history to inspire ongoing popular insurgency in many parts of Latin America, Palestine, Basque country, Ireland and elsewhere. When the goal is national liberation, or social revolution, “struggle” is self-defining. But its recent adoption by Senator Bernie Sanders is more ambiguous.

Certainly the struggle for some of the most popular reforms endorsed by the candidate known as Bernie—single-payer health care, 15 dollar minimum wage, free public college education—are continuing, as they did before and during the primaries and caucuses. But these independent worker and student battles are not what Bernie has in mind for more lucha.

Now recognizing, if not yet acknowledging, there’s no longer a plausible path for him to become the next President, Bernie is shifting to a fight over the Democrat platform. The Democrat National Committee purportedly offered Bernie proportional representation on the Platform Committee—but there have already been dust-ups over that tenuous gesture of unity.

Sanders nominated Rose Ann DeMoro, executive director of the biggest nurses union for the Platform Committee. In addition to their exemplary record in organizing and bargaining, National Nurses United plays a leading role in the fight for single-payer. Once a Labor Party affiliate, they were among the earliest and strongest supporters of Bernie. That wasn’t the kind of resumè the DNC was looking for and they vetoed her nomination.

In reality, elected politicians pay little attention to their national party’s platform. Bernie himself has been less than resolute in fighting for single-payer, and delivered a crucial vote to enable the passage of the Orwellian named Affordable Care Act. He knows the platform—which at times mentioned single-payer in the past—doesn’t amount to a hill of bubkus. But this squabble over an issue bitterly opposed by the presumptive nominee isn’t just mean spirited.

Neither Trump nor Clinton is stirring much voter enthusiasm and a majority would like to see a new party. The Democrats need Bernie’s supporters to vote for them. Bernie is dedicated to beating Trump at all costs but he needs some perceived improvements in his adopted party’s program to convince reluctant supporters to actually vote for the donkeys in November. That’s his struggle to continue.

I’ve received numerous requests the past couple of weeks to sign petitions, and send messages, to the DNC denouncing their undemocratic methods. Of course, the DNC practices are undemocratic. Some of the requests come from good people with whom I have collaborated in the past—and hopefully will again. But I have ignored all of them.

First of all, I don’t think it would be proper for me to try to intervene in an internal dispute within a party that I don’t support. But my unrelenting opposition to the Democrats is based on much more than just their scandalous treatment of dissidents.

I learned long ago that the Democrats provide one of two disguises masking a political monopoly of the ruling class of bosses, bankers, and brass hats. That class is the enemy of my class, the working class majority. They not only rob us through the economy they own but have kept the world in a state of perpetual war. They use racism, sexism, homophobia, xenophobia, Islamaphobia to divide us. Their addiction to fossil fuels is wrecking our very biosphere. Choosing a lesser of these two masked evils only guarantees evil.

Yes, a struggle must continue. But not Bernie’s effort to save the currently governing ruling class party. Nor is it the perhaps better intentioned Greens who are trying to build a multi-class party based on “core values.” The struggle to which I remain dedicated is one for class and climate justice which will be fought on many fronts. 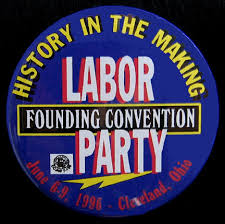 In the USA, we remain defenseless on the electoral front. Last week marked the twentieth anniversary of what appeared at the time to be a promising remedy to that weakness. The Founding Convention of the Labor Party was launched by 1400 labor activists with many just complaints–but especially riled up about NAFTA and other anti-worker policies of President Bill Clinton.

Unfortunately, within fifteen years that impressive effort was kaput. But that wasn’t because it was conceptually flawed. There were a number of factors that led to its demise but the final cause of death was starvation. Affiliated and endorsing unions didn’t or couldn’t sustain the party’s material needs.

Both the need for, and popular interest in a labor party is even more palpable today than in 1996. This is not just confirmed in opinion polls; it was dramatically expressed by hundreds of thousands of young workers and students who swelled Bernie’s rallies, many of whom donated time and money as well. They weren’t lured by the Democrats—they liked Bernie because he denounced the “billionaire class” and advocated reforms they urgently need and deserve. This youthful upsurge also inspired several national unions and numerous local ones to throw their support to the self-described socialist.

Unlike the Labor Party project, the amazing Sanders campaign that undoubtedly exceeded even Bernie’s expectations is fundamentally flawed in several ways. The most important of these was a deal-breaker for many of those who have been around the block a time or two. Instead of using this campaign to establish a new class-based political alternative, the top-down Feel the Bern has been and is solely focused on influencing and supporting the more “inclusive” boss party.

As often cited in the WIR, there’s certainly nothing new and innovative about this strategy. It has a long, well documented disastrous track record of assimilating and taming mass movements from the Populists, through the New Deal, the Cold War, ad nauseam.

The dog needs a tail for balance, communication of moods, and shooing pesky flies. But the tail can never wag the dog.

In the next few weeks currents like Labor for Bernie, the Progressive Democrats of America, and some socialist groups who have sought to turn The Bern to the “left” will have to make some sober decisions. So will thousands of others whose participation in Bernie’s campaign was their first exposure to political activity.

After failing to capture the enemy’s party will they build a bridge for Hillary Clinton–as prisoners of war were directed by their own officers to construct over the River Kwai? Or will they take the next indicated step by declaring their class independence from the evil twin parties of capital?

Of course, there is not enough time to launch a new working class party capable of running a competitive slate of candidates in the November election. But reviving a precursor like Labor Party Advocates, that did the necessary advance education and organizing to found the 1996 Labor Party project, is achievable–and long overdue.

I urge those who want a real political revolution to call a conference to pull together a new effort to resurrect a movement for a labor party.