I hate sweetheart contracts but I love my sweetheart–and my readers. A happy St Valentine Day to all.

Talkin’ (Political) Revolution
Revolution is one of those words in the language of Shakespeare that has numerous meanings. It can describe going around in circles. Revolution has been adapted for use in advertising and popular music as well as defining political movements. Both Lenin and Lennon famously wrote about it. 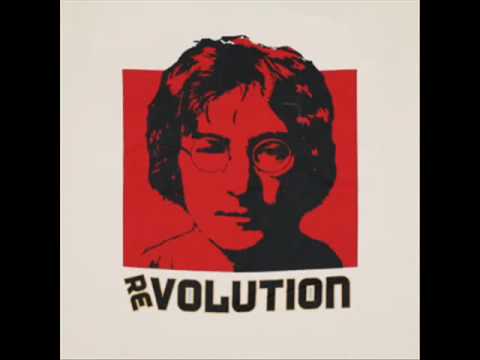 The insurgence of the far-right that has gained control of the Republican party first emerged as the Tea Party Revolution. Now the Democrats are facing a challenge of Political Revolution, the trademark of Senator Bernie Sanders’ campaign to become their nominee for President–and ipso facto party head.

He also still identifies himself as a “democratic socialist.” In his office hangs a picture of an earlier Socialist candidate for President, Eugene V Debs. Debs’ views on social revolution were expressed in his attitude toward the one in Russia led by Lenin and Trotsky–From the crown of my head to the soles of my feet—I am a Bolshevik!

The modifier Political that the candidate known as Bernie attaches to Revolution erects a big firewall between him and Debs. My longtime friend Dave in St Paul supplied me with a quote from a Time interview that clarifies Bernie’s principled differences with Debs–

“Democratic socialism, Sanders said, is not tied to any Marxist belief or the abolition of capitalism. ‘I don’t believe government should own the means of production, but I do believe that the middle class and the working families who produce the wealth of America deserve a fair deal,’ he said.”

This democratic socialist is so far removed from Marx and Debs that he rejects their class nomenclature. Instead of working class he uses polite euphemisms such as middle class and working families. They are taking a beating not from the capitalists but the thin upper strata “billionaire class.” Instead of advocating that wealth should belong to those who produce it, he wants a fair deal—which, as Dave noted, was a slogan of Harry Truman.

This is not just a matter of semantics. Class relations tied to the economy are even more fundamental to the workings of today’s truly global capitalism than in the eras of Marx and Debs. They should be precisely defined and properly identified.

Categories that may test positive in focus groups, like middle class and working families actually exclude millions of working poor and single persons of all ages and incomes—and they know it. In my opinion, the single biggest—and most urgent–problem facing those who work by brain or muscle for a living is identity theft that has led to low class awareness.

Bernie’s platform includes some good proposals for reform. But nearly all of them were won decades ago by class conscious workers, with their own mass parties, in European countries so admired by Bernie. The taboo against class warfare in the USA has hindered American workers—whose standard of living was once the envy of the world–from keeping up with advances in other industrial countries.

The reforms Bernie preaches have found a receptive audience among workers and students. Tens of thousands have volunteered to “phone bank,” ring doorbells, and host house parties for Bernie. And many more have chipped in with modest financial donations—all very impressive, signifying a new mood of radicalization from below.

But electing a lone crusader on the ticket of an avowedly capitalist party won’t turn things around. The junior Senator from Vermont, who holds a degree in political science from the prestigious University of Chicago, is well aware of the severe limitations he would face in the unlikely event that he makes it to the White House.

So just what is the goal of Bernie’s Political Revolution? My friend Larry in Detroit sent me a tell tale excerpt from Bernie’s remarks at a victory rally in New Hampshire,

“But, I also hope that we all remember — and this is a message not just to our opponents, but to those who support me as well. That we will need to come together in a few months and unite this party, and this nation because the right-wing Republicans we oppose must not be allowed to gain the presidency.”

As Larry perceptively observed, “OK we knew what he was doing but I didn’t expect it so plainly stated.”

Bernie’s brand of Political Revolution comes down to trying to motivate those who have been turning off and dropping out of electoral politics to vote for a lesser evil than right wing Republicans. A likely alternative is Hillary Clinton, who got nearly 12 million dollars in speaking fees from banks, corporations and boards of trade over the past four years. I don’t think she qualifies for Bernie’s “billionaire class” but just these honoraria are about ten times more than I earned in nearly a half-century of working for honest wages.

I’ll have more to say about our options next time.

Schools Of Denial
An article in The Guardian reports,

“Only 38% of American schoolchildren were taught lessons that adhere to the scientific consensus that climate change is largely the result of the burning of fossil fuels, the researchers from Pennsylvania State University and the National Center for Science Education found.”

Considering that 62 percent of lesson plans were outright wrong, perhaps it is good that most pupils receive only about an hour of instruction about climate science each year. You might think California, with the most stringent environmental laws, would be doing a lot better. But you would be wrong. A companion piece on the Golden State’s text materials is pretty bleak,

“Textbooks in California public schools are misleading students on climate change, with material that expresses doubt over whether it is real and promotes the view that increasing temperatures may be beneficial, according to a Stanford University study.”

This falsification of science is similar to the dismissal of Darwin’s contributions on Natural Selection as at best a theory competing with “Creationism.” But there’s one big difference. The attacks on Evolution come from religious fanatics who distrust science in general. Those behind shaping lesson plans that lie to students about climate science exploit other branches of physical science to reap enormous profits in the oil, chemical, gas, and coal industries.

It was recently revealed that scientists working for Exxon were among the first to accept that emissions from fossil fuels were the principal cause of global warming that is altering our climate. Their research and conclusions were suppressed by top corporate brass.

Corrupting children and silencing scientists is morally reprehensible. It puts both conscientious teachers and parents in a bind. Even though most of us are not scientists we need to tell our children, nieces, and nephews when what they hear in the class room is not real science, explain it to the best of our ability, and point them to legitimate sources. Trade Unions for Energy Democracy, and the Labor Network for Sustainability, provide materials that can help us have these one on one discussions.

Admittedly, this approach is comparable to individual consumer and life style decisions, like recycling, using mass transit, or buying local sourced organic foods to fight climate change. They are good things to do that make some difference–but far from enough.

As part of the overarching struggle against the climate wrecking ruling class we need to mobilize the political power of the working class majority to take control of our schools, to reverse the deceitful and dangerous spreading of denial.

Short SCOTUS
Antonin Scalia performed a last service for the fossil capitalists by enabling an unprecedented action by the high court. A typical 5-4 ruling blocked the EPA from preparing to implement future restrictions affecting power plants. But it was unique because legal challenges to this meager climate measure advanced by President Obama were still being heard by lower courts and the restrictions would not go in to effect any time soon. It also seemed to contradict recent Supreme Court rulings that the EPA has authority under the Clean Air Act to regulate emissions. Scalia left the class conflict battlefield victorious—but the war continues without him.

The pious Justice had not yet been buried in consecrated earth when haggling began over filling his vacancy. The President announced his intention to submit a nomination to the Senate in “good time.” Senate Majority Leader Mitch McConnell from what used to be coal country is in a position to block any nominee before a new President takes over next January—and he’s promised to do so.

Republican intransigence can at least delay a Democrat appointing a more “liberal” replacement—and Court majority. But it comes at a price. No controversial decisions can be made by the now deadlocked SCOTUS. The right wing had been counting on a victory in the Friedrichs case that would deliver a devastating blow to organized labor, especially public sector unions—and even dreaming about revisiting Roe v Wade.

For now it may be sitzkrieg until one side can gain reinforcement.

If you want to be on our new e-mail list send your name and e-mail address to:
billonasch@kclabor.org