No Joy In Vindication

My past WIR warnings about the most antisoical of the “social media” have admittedly had little effect even within my circle of close friends, comrades, and mate. This blasé attitude by people smarter than I who presumably value their privacy is puzzling.

Certainly there can be no expectation of privacy on FaceBook. It’s long been known FaceBook is closely monitored by tech-savvy cops and crooks. Most employers check out the FB page of job applicants as do many apartment managers before agreeing to a lease. Uploaded video of gruesome crimes has received media attention. Fake news proliferates behind a shield of presumed veracity of anything on the Internet.

Still, a couple of billion people have signed up, mostly to use it for such mundane tasks as keeping track of birthdays and anniversaries, exchanging cute photos of kids and cats, sharing recipes, and collecting a lot of “friends.” And many low budget movement groups use FB as a “free” sort-of-website—available only to registered FaceBook users.

FaceBook’s founders made their billions of dollars by connecting merchant capital to billions of potential customers around the world through various stealthy methods. The motto in Silicon Valley is “it’s all about the clicks.” Until this week, Wall Street heartily approved the FB business model.

To identify various targets among their “members” FB sometimes employs reputable social behavior psychologists–including some research faculty in the university town of Cambridge, England. Those profs developed an “app” with seemingly harmless questions about member preferences and delivered the results to FB.

But the Cambridge shrinks harvested a lot more data than they acknowledged to their client. Through tracking “friends,” “likes,” city of residence, and in some cases work histories, they worked up profiles on 50 million FB users, mainly in the USA and the UK. Such information was more valuable to those who sought to manipulate them politically through big doses of fake news than to merchants peddling shampoo or kids toys.

They found a buyer in Cambridge Analytica, whose slogan is Data Drives All We Do. Their corporate website proudly declares “Cambridge Analytica uses data to change audience behavior. Visit our Commercial or Political divisions to see how we can help you.” CA—whose directors once included Steve Bannon who is credited with salvaging Trump’s presidential campaign–is part of a nest of groups bankrolled by ultra-right geek hedge fund owner Robert Mercer.

Mercer is also a major backer of the racist United Kingdom Independence Party and the odious Breitbart News. Most of their projects—including elections in dozens of countries–have been heavy users of the FaceBook platform. This enabled these crypto-fascists to make credible claims of decisive intervention in two important close elections—Brexit to take Britain out of the European Union and Trump’s electoral college victory. The official Trump campaign committee alone paid CA 9 million dollars for their services in 2016.

The pernicious role of FaceBook can no longer be denied or ignored after recent exposures by the Guardian and Financial Times in Britain, soon followed by the New York Times, Washington Post, and Wall Street Journal on this side of the Atlantic. FaceBook top management was aware of the massive theft and exploitation of FB user personal information but tried to avoid embarrassment by remaining silent.

This scandal is a blow to Zuckerberg & company’s scheme to build an alternate Internet producing mega-profits—in the process smothering the open one that was one of the greatest achievements of the last century. They don’t deserve a second chance. They offer nothing useful that can’t be done on the still for now free World Wide Web.

While we should be fighting mad about cyber-psychological warfare “to change audience behavior,” it has been successful only within narrow parameters. Appealing to race and anti-immigrant bigotry tipped the scale in favor of Brexit.

The 2016 presidential election was a somewhat different kettle of fish. Most American workers don’t—indeed many can’t—vote. And the uniquely undemocratic Electoral College allows a second place candidate to win.

The bigotry used in Britain was certainly a feature of the Trump campaign but was probably less of a factor than in the two previous elections that sent an African-American to the White House. The Democrat Establishment choice proved to be an ineffective candidate. Many dissatisfied workers who had twice voted for Obama cast a protest vote for Trump and even more simply stayed home.

The impact of the cyber-campaign was magnified by targeting enough pluralities in state electoral votes to overcome Clinton’s nearly three million national plurality in votes by people.

Evil use of technology is not the primary threat to democracy and the interests of the working class majority. The ruling class two party cartel has played that role since the nineteenth century. We need to fight fake news with the truth and the truth can build a working class party that can set us free.

* Trade Unions for Energy Democracy is supporting a call for solidarity by the electric utility workers of Puerto Rico (UTIRA) who face a threat of privatization. After decades of neglect and underfunding, public PREPA was devastated by Hurricane Maria. Six months later most of the Island’s interior is still without reliable electricity or running water. The union’s proposal, which includes a transition to renewable energy can be found here.

* According to the The Wall Street Journal median pay of CEOs of 133 biggest U.S. corporations is now just a tick under 12 million dollars. 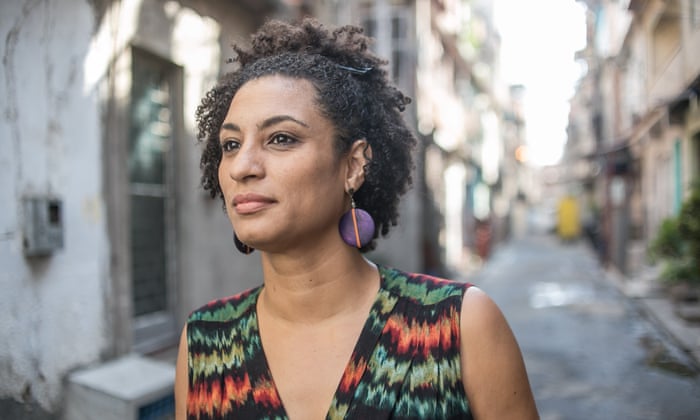 * Tens of thousands of outraged workers took to the streets after the murder of a popular Black lesbian socialist Rio de Janeiro city council member Marielle Franco. A drive-by shooting also killed her driver and seriously wounded an adviser. No arrests have been made. Last month the military was put in charge of “security” in Rio causing concern about a return to an army dictatorship.

* Annette Gagne, a socialist, feminist, and LGBT activist in Providence, Rhode Island passed away after major heart surgery. No dates yet for a memorial meeting.

* Dave Young, a long time trade unionist, charter member of the Kansas City Labor Party, a well versed socialist, and a personal friend of mine for over thirty years, succumbed to an inoperable brain tumor in January. There will be a celebration of his life Saturday, March 24, 4:30-8:30PM at the Matt Ross Community Center, 8101 Marty Street, Overland Park, Kansas.