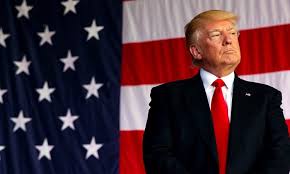 In their annual listing of billionaires last Spring Forbes recorded the biggest number yet—2,043 globally, roughly 0.00003 percent of the world’s population. Their collective net worth was 7.67 trillion dollars.

Topping the list of their primary residences with 585 of them, including the presently richest of all, is the good old USA. 82 live in New York City. The Big Apple lost one from the previous year when he moved to Washington to become the first of the seven-digit elite to serve his country in the White House. Not all of his billionaire brethren are Christians but all appear set to get a very thoughtful Christmas present from jolly Santa Trump that they are unlikely to “regift”–the Tax Cut and Jobs Act.

What Trump calls the Fake News liberal media did a thorough job in exposing in some detail the harm to workers, farmers, and the environment that will result from the “offsets” needed to pay for a 1.5 trillion dollars in lost revenue from tax cuts. Also uncovered were a number of special non-tax favors to some capitalists–like opening up the Arctic National Wildlife Refuge to oil and gas drilling.

The December 4 WIR reviewed the different versions adopted by the two Houses. After a close call in the Senate, they had to tie up some loose ends. The proposal to tax the free tuition granted to university grad student workers, and the threat of eliminating deductions of interest on student loans, were dropped. Child tax credits were slightly enhanced.

But incredibly even more concessions were granted to individuals in the highest tax brackets. Those are to be paid for by ending individual—though not corporate–cuts earlier and shaving Earned Income Tax Credits for the very poor by changing to a “Chained CPI” that understates real inflation. Any unanticipated increase in deficit spending will trigger specified automatic cuts even in entitlements like Medicare. Deficit or not, Medicaid will wither away. As this is published, it appears they have the votes to pass.

Miffed at being excluded from the gift selection and wrapping for the ruling class they also serve, the Democrats at times have sounded downright Bolshevik in denouncing tax cuts for the rich. Polls show a majority of the public already agree with that assertion and their numbers will surely grow as they learn more about it. The Dems hope to use this to pillory the GOP in next year’s midterm elections.

It’s Not the Devil’s Work

Most of us routinely use the term “capitalist greed.” While it is an accurate description of the their morality it’s an incomplete, and not very scientific indictment. Greed, or avarice, is one of the Seven Deadly Sins, codified for Catholics by Pope Gregory I in 590CE and continued by the much later breakaway Lutherans and Methodists. Fair warning is given that if you die without repenting these offenses you will be excluded from the Kingdom of God—and Dante described how unattractive your alternatives may be.

Sin and after-life are not on my beat but I don’t expect to meet up with our greedy rulers at the intersection of Fire&Brimstone. Their pursuit of palpable avarice is not a defiance of deity, not even a reasoned choice—it is compelled by the inner dynamics of the capitalist system. An egalitarian capitalist would be a fish out of water indeed.

Growing inequality is one aspect of capitalism that has drawn overdue attention in recent years. Last week, the Guardian published an excellent essay to launch a new Inequality Project—ironically partially funded by the Ford Foundation. Their initial offering, Inequality is not inevitable – but the US ‘experiment’ is a recipe for divergence, has five authors but only one has name recognition outside the economics academic community.

Thomas Piketty, a professor at the Paris School of Economics, has not only published scholarly papers. His 2013 book, Capital in the Twenty First Century, enjoyed some time on the New York Times Best Seller list with a whopping 1.5 million copies purchased. It was particularly popular among Millenials already with a gut feeling capitalism sucks but still searching for answers of why as well as how.

Though not an orthodox Marxist, Piketty uses much of Marxism’s methodology. While often weak on solutions, he is usually spot on in analysis of problems—including this collaborative project in the Guardian. I can’t possibly do it justice in the confines of the WIR but I will deal with some of its highlights from time to time next year. I recommend that you read it.

* A Better Connection—A New York Times story opened “Stemming the tide of rising economic insecurity for service workers, a major union has won significant job protection and increased pay for about 20,000 AT&T wireless employees, as well as a commitment to bring work back from overseas.”

* Not Just Numbers—After analysis by the New York Times indicated over 1,000 residents of Puerto Rico have died because of the devastation caused by Hurricane Maria—far in excess of the official count of 62–the Island’s Governor has ordered a fresh reexamination of all deaths in that time frame. Many outside San Juan are still without reliable access to electricity or drinking water.

* Better Buy American—Today’s Guardian reports “The Trump administration will drop climate change from a list of global threats in a new National Security Strategy the president is due to unveil on Monday. Instead, Trump’s NSS paper will emphasize the need for the US to regain its economic competitiveness in the world.”

* Tending to Their FLOC—Whether or not you have a decorated once living tree in your living room, I recommend a mostly inspiring holiday story by the prolific Mike Elk about a big victory by the Farm Labor Organizing Committee for Latino workers planting and cutting Christmas Trees in North Carolina. Their employer Hart-T-Tree Farm not only stole some of their wages but also exposed them to dangerous conditions including toxic chemicals. In addition to commitments to correct these complaints, the union won 330,000 dollars in back wages owed to 54 workers.

* Once Joint, Now None—One of the few substantial victories for workers during the Obama era National Labor Relations Board was the 2015 Browning Ferris. It established a principle of “joint responsibility” of corporations with their contractors and franchises in collective bargaining. That decision opened a clear legal path for the massive 15 and a Union movement to win recognition and contracts in franchises of huge fast food chains like McDonald’s and Burger King. Last Thursday, by a 3-2 vote, the now Republican Board majority reversed that decision.

* If You Don’t Hear From Me For Awhile…–According to a report from the Committee to Protect Journalists 262 around the world are in jail simply for doing their work as reporters. They are mostly victims of politically motivated charges of “supporting terrorism” or even “fake news.” Turkey, China and Egypt are the worst offenders.

This will be the last WIR of 2017. I observe all holidays that promote time off from work and consumption of good food and beverage. After today I begin my annual holiday break and will resume postings in the first week of January.

Though I am not religious I don’t resent anyone wishing me a Merry Christmas or Xmas. Unless you use a different calendar I wish all readers a Happy New Year.

That’s all for this year.