Through Fire, Air, and Water—Capitalism Fouls Things Up 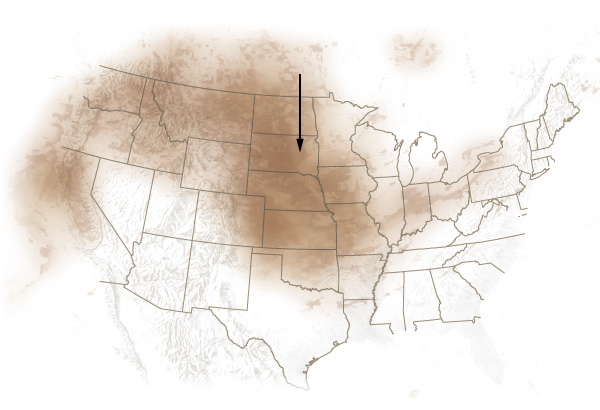 The loss of life and property inflicted by Harvey and Irma has not yet been completely tallied even as Maria threatens some of Irma’s recent victims once again, Jose’s wanderings leave its ultimate course unverified, and Max and Norma are still developing off Mexico’s Pacific coast.

Though not nearly enough, more attention is also finally being paid to wild fires in the west. Sparked by heat waves and tinder dry conditions, major fires have been raging from British Columbia south to Baja California. One in Montana exploded to burn 78 square miles overnight—the size of Brooklyn as noted in the New York Times. Others have been within Los Angeles County and more have been close enough to cities like Portland, Seattle, and Denver to keep people indoors because of the smoke.

As the map above illustrates, what happens in the west doesn’t always stay there. Smoke and ash in elevated areas gets carried by prevailing winds east over the mountains adding haze and other pollutants to seasonal allergens in far-flung places like my hometown of Kansas City.

The EPA has reported the most “unhealthy air days” in ten years. The Bureau of Land Management predicts there will be many more such summers. Neither are allowed to mention global warming as a factor. The Trump administration has instead opened up vast new areas of public lands in the west for drilling, fracking, mining, and cattle grazing—including the pristine Arctic Wildlife Refuge.

After characterizing trade unionists as lazy, French president Macron heroically headed up a relief mission to French owned Caribbean islands battered by Hurricane Irma. In his absence tens of thousands of lethargic workers—some calling for Slackers of the World Unite!*–marched in Paris, Marseilles, Le Havre, and dozens of other cities. They interrupted their day-dreaming on the bosses’ time to protest Macron’s first decrees of labor law “reform.”

Macron hopes to succeed where several others have faltered—including the “Socialist” government he replaced that failed to make it to the second round of the elections last May. The first round featured strong showings by far-left parties but Macron managed to style himself as the best lesser evil alternative to the far-right racist, anti-immigrant Le Penn. Now Macron is trying to imitate General deGaulle as a “strong” president standing above discredited parties and “getting things done.”

Currently, it’s difficult for a boss to fire a worker, harder still to close a plant. Decades ago, French workers also won a 35-hour work week and several weeks of paid time off every year. These benefits are not subject to collective bargaining—they were secured by legislation that guarantees them to all workers. French capitalists and their politicians blame these laws for sluggish economic growth and high unemployment.

While some of the smaller unions are trying to negotiate with Macron and the employers over the severity of new take-backs, the Associated Press reported on the more militant CGT answer to this reactionary offensive,

“Union leader Philippe Martinez told the crowd in Paris that reforming labor rules was a futile effort to create jobs. ‘No reform which has destroyed the labor law … has reversed the unemployment trend,’ Martinez said at the Place de la Bastille, the starting point of the Paris march. Such reforms don’t lead to ‘a job with which one can build his life on.’”

The brother is spot on in nailing the inutility of believing that eliminating the best worker protection laws of any major industrialized country will create more good jobs upon which to build an acceptable life. But some of the more conservative unions and reformist parties argue that resistance to the Borg-like Juggernaut directed by Macron on behalf of French capital is just as futile.

The September 12 strikes and demonstrations were just the first shots fired in the working class counter-attack—and there’s plenty more ammunition, and other tactics left for a fight to the finish. Their track record in previous skirmishes is good. And Macron should be mindful that even deGaulle came close to being overthrown by workers, farmers, and students in the revolutionary situation in France during May-June 1968.

Medicare for All—The Slogan and the Reality

The most prominent socialist in the Democrat Senate Caucus has introduced a new complex variation of single-payer health care reform co-sponsored by a third of his Democrat colleagues.

Some of them are viewing it through 2020 vision—hoping to use it to advance their chance of being on the Donkey ticket in the next presidential election. But 32 Democrats in the upper chamber are responding like the Devil takes to Holy Water. “My” Democrat Senator, Claire McCaskill, is suspicious of anything that threatens the profitability of her family’s holdings in nursing homes.

Liberal groups like the Our Revolution remnant of Bernie 2016, and Democracy for America, are uncritically excited about the Sanders bill, circulating petitions and raising money around it. My old friend Mark Dudzic, coordinator of the Labor Campaign for Single Payer, and the last National Organizer of the now defunct Labor Party, gave a more measured response in an interview by Labor Notes. But what is actually proposed—and ignored—in the Sanders bill?

It is a far cry from the Labor Party Just Health Care version of single-payer which was a greatly enhanced upgrade of Canadian-style care pioneered by that country’s NDP labor party. Unlike the funding uncertainty of the Sanders proposal, Just Health Care was accompanied by a financial Briefing Paper that showed how the working class majority would pay less for better coverage. And JHC even provided for a Just Transition for billing and other clerical workers made redundant when private insurance is eliminated—another provision absent from both the Sanders Senate bill and the Conyers bill in the House.

Regular readers know I have long been critical of Medicare for All as a slogan for single-payer. Medicare, increasingly whittled away by privatization, is not the blessing for us old folks that too many imagine. Between my Part B deduction from Social Security, my Blue Cross supplement to pay for what Part B doesn’t cover, and further uncovered prescription drugs and eye glasses, my out of pocket expenses eat up more than half of my Social Security benefit that is my only regular income.

But for Sanders Medicare for All is not just a catchy slogan. His bill would literally expand Medicare coverage—with some improvements—to everyone over a four year transition period.

Anticipating many of the objections already being raised, especially the uncertain financials, Sanders accepted a likely fallback retreat insisted upon by Senator Gillibrand of New York—a return of the murky “public option” competitor with private insurance last supported by the AFL-CIO, rejected by President Obama, during the passage of the current Affordable Care Act.

The mish-mash Sanders bill does little to educate and prepare the working class for genuine needed health care reform. It is designed to be campaign material for liberal Democrats in the 2018 and 2020 elections.

The best health care example remains the socialized medicine of the National Health Service established by the British Labor Party which will mark its seventieth anniversary of operation next July. Most hospitals are publicly owned, most medical and dental professionals and support workers are paid by the government and all services, devices, and most drugs are free to users.

Promoting Just Health Care instead of the British model was a tactical decision by the American Labor Party. Its goal was to neutralize opposition by actual care-providers while eliminating the insurance parasites. The struggle has not yet advanced to a point of testing the validity of that tactic. While socialized medicine would be better, Just Health Care is a reform worth fighting for if the doctors stay neutral.

The British and Canadian experiences demonstrate that it will take a working class party to get the health care system that workers in the world’s richest country need and deserve. The Democrat Our Revolution won’t cut it.