Mary’s brothers and sister-in-law who live in Key Largo evacuated to safer areas before Irma hit–but don’t yet know whether their homes survived. We were relieved to hear our friend Jeff’s mother—who we also consider a dear friend—is well in a West Palm Beach area retirement condo. And because we care about all creatures great and small, we were glad to hear that the Key West colony of six-toed cats endowed by Hemingway are doing fine. But I remain concerned about our readers in Florida and an expat friend who has long resided in Cuba.

MSNBC, aka the Liberal Channel, is to be commended for pulling out all the stops in their real time coverage of Irma in Florida. But this praise needs to be tempered by two major caveats:

* While they did a good job in explaining how very warm water temperatures and rising sea levels contributed to fueling the most devastating Atlantic storm in recorded history there was little mention of the underlying cause of these conditions—global warming. 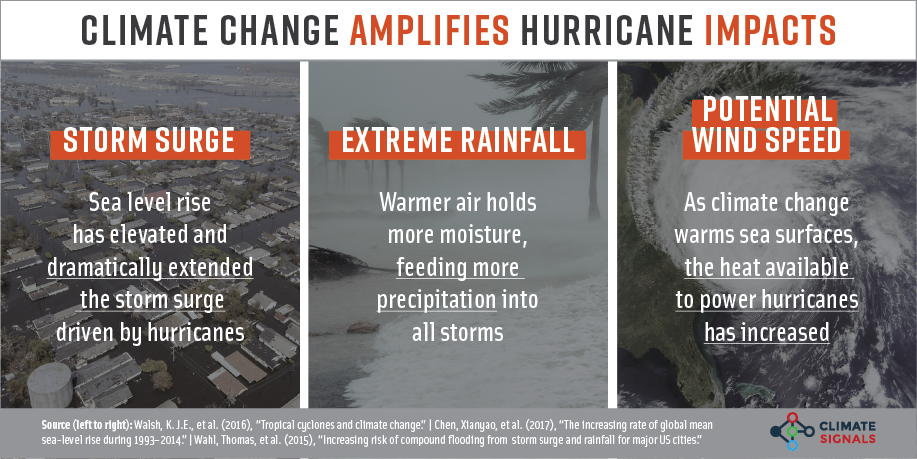 * Nor was sufficient attention paid to the fact that damage to Florida would have been more catastrophic had not Irma already expended so much furious energy in a week of pulverizing small islands, punishing Haiti still not recovered from the 2010 earthquake, and lingering for days in Cuba.

To their credit, the NBC commentators and meteorologists did note the irrational development accompanying the population explosion in Florida in recent decades. Perhaps the most egregious was the widespread digging of canals as the main attraction of new housing additions and resorts—maximizing premium real estate prices for waterfront properties. There is no more blatant example of what some Marxists call capitalism’s metabolic rift in the era of climate change.

“9/11 Changed Everything,” was once enough to justify wars and attacks on civil liberties. Sixteen years after terrorists backed by rogue elements in the Saudi ruling class hijacked planes and crashed three of them in to the twin towers of New York’s World Trade Center and the Pentagon, the Establishment is still trying to exploit our fury over that crime to cover new criminal adventures of their own.

Most of the victims who died that day were workers on the job or First Responders trying to rescue them. Not acknowledged as heroes or martyrs were many more who later died due to irresponsible management of cleanup of highly toxic debris in New York.

Bush II, like Trump, had placed second to the Democrat in the 2000 popular vote but was awarded an Electoral College victory by the Supreme Court who ordered a halt to recounting disputed “hanging chads” in Florida. Bush’s dismal approval ratings were instantly reversed when he launched a revenge war on Afghanistan, supported by NATO. Its objective was supposedly to kill or capture the terrorist mastermind Osama bin Laden and his alleged Taliban protectors. Trump recently became the third president to accept ownership of this war now entering its seventeenth year–even though Osama bin Laden is long dead, killed by Navy Seals who dropped his body in to the ocean.

All this is familiar to most readers. Not so well known is an earlier September 11 atrocity. I wrote this in the September 12, 2004 Week In Review,

We joined in on the comments about the anniversary of the horrible events of September 11, 2001. But we haven’t forgotten there is another reason to remember this as a date of infamy. September 11, 1973 saw the beginning of the military overthrow of the Allende government in Chile leading to thousands of deaths and a long period of brutal dictatorship.

When I was in school during the Fifties I was taught that socialism was inevitably linked to totalitarianism, that no socialist regime had ever been democratically elected. That was in fact a false assertion even then. Among other examples, a revolutionary socialist regime won elections in 1919 in Hungary–though they were quickly overthrown by a violent capitalist counter-revolution.

But during the Seventies the whole world followed the electoral success of a united front, including Socialists and Communists, in Chile that put Salvador Allende in the Presidential Palace. It was a victory that inspired and raised expectations of working people throughout Latin America–and beyond.

This worker supported government may have had its limitations but it alarmed the Chilean ruling class. It also caused consternation in Washington, already reeling from imminent defeat in Vietnam. The U.S. government worked hand-in-glove with the Chilean brass hats in their bloody coup. CIA agents even helped target American citizens in Chile for murder.

(The father of one such American victim, Thomas Hauser, wrote a compelling book, Missing [no longer in print], which Costa-Gavras turned into an impressive 1982 film of the same name starring Jack Lemmon and Sissy Spacek, winning the Academy Award for best script.)

Lessons From 9/11 Being Ignored In Harvey Cleanup

As the owner of a Houston mobile home park was sifting through the wreckage left behind by Harvey he noticed some silver colored spots on his toes. A New York Times reporter who happened to be on the scene recognized the tell tale signs of mercury. It’s, of course, a heavy metal with many useful industrial and energy applications. A few drops on the skin is usually not a big problem—though an upgrade in the owner’s footwear is obviously needed. But ingesting the stuff—or breathing its fumes—is a very big problem indeed, potentially fatal.

The small sample collected of such a commonly used material could not identify its origin. Culpability is especially elusive in Houston with not only numerous active factories and refineries but also more than its share of Superfund sites.

These sites are polluted areas left behind when capitalist enterprises are closed. The 1980 Comprehensive Environmental Response, Compensation, and Liability Act authorized the EPA to identify the damage to natural resources and direct those responsible to pay for the cleanup. The Superfund was established to pay for restorations when the guilty parties were unable to comply. The Fund was originally maintained by a tax on oil and chemical companies but nothing has been collected for more than 15 years and any cleanup since has come out of the Federal budget.

Trump’s EPA has not yet inspected many of the 41 Superfund sites in Houston, even the 13 known to have been flooded. Of course, many more active plants were under water and others exploded igniting fires. Another NYT article began,

“Preliminary air sampling in the Manchester district of Houston showed concentrations of up to 324 parts per billion of benzene, said Loren Raun, chief environmental science officer for the Houston Health Department. That is above the level at which federal safety officials recommend special breathing equipment for workers.”

Hurricane Jose presently lacks the punch of Irma. While its precise path has not yet been confirmed it appears to be heading toward landfall in Georgia/South Carolina. We can hope that it will dissipate by then but it would be wise to prepare for another major event.

The Hurricane season has passed its normal peak. But there is little sign of letup in wildfires ranging from western Canada to Baja California. There’s no end in sight for the droughts in Portugal and East Africa, or the massive floods in South Asia. We are witnessing the painful symptoms of a climate change crisis that is part and parcel of capitalism. You can’t end one without getting rid of the other. That’s a job only our class can do.