Even with many plants now using marginally cleaner gas rather than once favored coal, electricity production is still the single biggest component of greenhouse emissions in the USA.

Utility companies have long argued that converting grid power from fossil or nuclear fuels to only clean renewable sources is an elusive goal that probably can never be totally implemented. Some of their assertions appear persuasive. Solar and wind are affected by uncontrollable conditions that could lead to drastic unplanned reductions in power. Even in California, the relative leader in “clean power initiatives,” most companies are struggling to reach their next goal of 40 percent renewable by 2018. There is still ongoing debate about the need for new gas-fired “peaker” plants as backup.

But an executive of the electric utility serving California’s second biggest city recently said 100 percent renewable is possible right now with existing technology. In an article published on the website of a PBS station in San Diego, two commentators discuss remarks by Patrick Lee, vice-president of the parent company of San Diego Gas & Electric. Lee says,

“‘If you were to ask me three years ago, you know as a power engineer, can we actually achieve a high percentage of renewable, my answer was probably ‘no.’ I’d say, ‘we’re going to need some base load generation,’ Lee said. ‘But today, my answer is, the technology has been resolved. How fast do you want to get 100 percent? That can be done today.’”

Lee refers to big advances in storing energy in hydro form, supercapacitors, molten salts, even rechargeable batteries, that can keep the grid supplied even when the sun doesn’t shine and wind speed is calm–“the adjusted intermittency of solar and wind energy is no longer a technology challenge. Now it’s really an economic decision.”

“I think what he means is that any given company would still have hundreds of millions or billions of dollars invested in assets which still have many years of useful life, and which they are still planning on receiving an economic return on. And you can’t just abandon them or you certainly have to think very carefully at what pace you’re going to switch away from them.”

How fast do we want to get to 100 percent renewable? I think most reasonable people with some knowledge of the climate change crisis would say—as soon as possible.

But for the capitalist owners of not only electric and gas utilities but also Big Oil, Big Coal, Big Nukes, and industries such as auto that are married to those fuels, would answer, perhaps less bluntly–not until our present investment is no longer profitable.

But as our planet is growing hotter at an alarming rate that’s a delay we cannot afford. We need a crash program to utilize the technological breakthroughs. That’s not going to happen through the private sector.

Trade Unions for Energy Democracy is spot on with their call for socialization of all energy. The British Labor Party under the leadership of Jeremy Corbyn is making re-nationalization of electric power a centerpiece of their election campaign. When Tory Prime Minister May called a snap election, polls showed her with a 35 percent lead over Labor. Now the difference is within the margin of error. 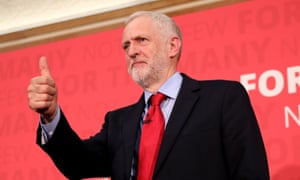 If Labor wins an upset victory next Thursday, and follows through on their program including nationalization of the grid, it could inspire workers movements around the world presently choosing lesser evils. Even if the Tories win, or if there is a hung parliament with no majority, the socialist climate demands have become a credible alternative to capitalist climate wrecking.

But now for something completely different….

Of course, not all capitalists have a direct stake in a fossil/nuke fueled economy and many recognize that their damage to the climate also threatens the long term health of Free Enterprise. After decades of denial and dallying, a compromise global Climate Accord was concluded in Paris in December, 2015. Hailed as the “last best chance” for stopping global warming, it registered non-binding goals by all but two countries. 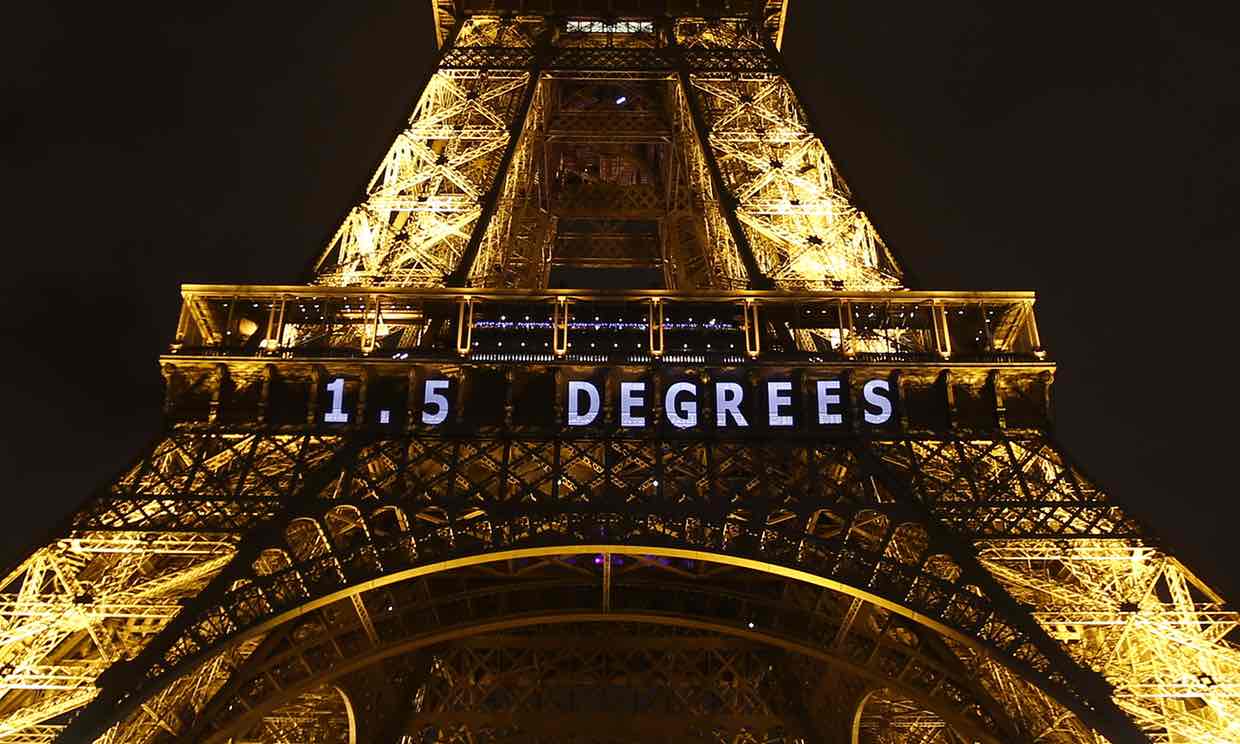 However those tardy “goals” fall far short of what is needed for the preferred capping of global warming at 1.5C over an 1880 benchmark. (Right now we’re about 1.0C.) Beyond 1.5 some substantial and irreversible regional damage would be inevitable. Beyond the fall back limit of 2C, climate change becomes profound on a global scale. Breaking the 3C mark—a real danger at present trends–would be catastrophic, likely leading to a collapse of civilization as we know it. That’s a steep price for humanity—and all creatures great and small–to pay for a “compromise” respecting private property rights of the biggest culprits responsible for this crisis.

But even the inadequate goals of Paris depend on a paltry commitment from the world’s biggest economy—mainly Obama’s “Clean Power Initiative.” Obama’s carbon emission reduction goal of 26-28 percent below a peak year of 2005 by 2025 had already been largely accomplished when it was announced. Market forces drove a massive conversion of power plants to cheap fracked gas replacing dirtier coal.

His successor declared during his 2016 election campaigns that global warming is a hoax. He promised to renounce the Paris Accord and to make American coal great again. His initial budget cuts targeted the EPA in general and his minions frankly stated they would not waste any more tax payer money on climate.

Still, there were persistent rumors that Trump’s inner circle of advisers were sharply divided over whether to actually withdraw from the Paris agreement. His EPA administrator and alt-right strategists couldn’t wait to shake the dust of Paris off their feet. His Secretary of State, who is also a recent CEO of ExxonMobil, along with Trump’s daughter and son-in-law urged him to “keep a seat at the table.” When questioned by other heads of state at last week’s Sicily gathering of the G7 industrial powers as to whether he would stay or leave he told them he would issue a statement “soon.”

That promise he, of course, kept. Yesterday, he bravely chose to stand in solidarity with only the Assad dictatorship in Syria, and the betrayer of the Nicaraguan Sandinista Revolution Daniel Ortega, by initiating the lengthy process of leaving the world body on climate change.

His “talking points” released in advance of his remarks to hundreds of supporters in the White House Rose Garden were the usual assortment of half-truths, alternative facts, and bald faced lies. Most of the “statistics” cited by the President who reaffirmed his love for workers—especially those in Pittsburgh—were supplied by the Chamber of Commerce. I refuse to engage in polemics with those with such contempt for both reality and our intelligence–but there were plenty who did and, if interested, you can read some of those answers posted on Friday’s Labor Advocate news blog.

Almost immediately following the Trump rally at tax payer expense, I received appeals to join in an emergency demonstration. While I try to make climate actions whenever I can I don’t agree this was an emergency. It didn’t really matter which way Trump decided in the tactical dispute over leave versus disrupting through a seat at the table. This President has never wavered in his climate destruction offensive. That’s certainly an ongoing crisis but neither unexpected nor an urgency that can be quickly resolved.

We need to remain in the streets. But to replace the climate wreckers, and the too little, too late compromisers, we need to also follow the example of a rejuvenated working class party in Britain. 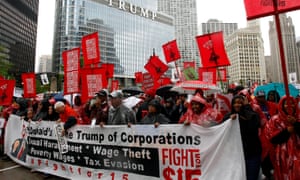 * I want to commend my friend Ann Montague, a long time SEIU activist in Oregon, for an excellent article about big Fight for 15 actions in downtown Chicago and at the suburban headquarters of McDonald’s. She not only explains the issues but also gives us some of the flavor of this persistent mass workers movement that has developed their own leaders out of the ranks. There’s even a couple of Kansas City angles. You can read it here. 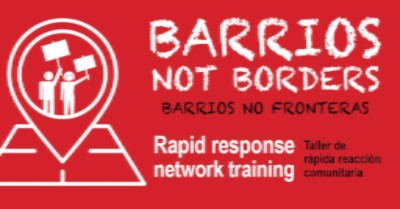 * Think Globally, Act Locally is the June theme at the East Side Freedom Library in St Paul. Included is training a team of people ready to respond to Immigration and Customs Enforcement (ICE) raids in our communities. At 7PM on June 12 there will be a presentation on Diamond Mining and Child Labor in Sierra Leone. You can view a complete list of June events here.