Some commentators, like Neil Irwin in the New York Times, are suggesting we are tantalizingly close. Such renewed optimism is a remarkable turnaround in just one month. The March BLS Employment Situation report had shown a very disappointing growth in new jobs of only 98,000—and in the latest April report that’s been revised down to a mere 78,000. That’s considerably less than needed to meet normal attrition.

The April growth is much more robust at 211,000—but that’s not what is exciting some economists. They are looking at the 4.4 percent unemployment rate. It’s been more than 16 years since it was any lower—back in the day of the tough love of Clinton’s welfare-to-work drive.

Full employment is defined as when just about everybody who wants a job has one. Most capitalist economists think that’s too much of a good thing because it usually leads to bosses raising wages in order to keep and attract workers. That is said to lead to the evil of inflation. The Federal Reserve has already boosted interest rates to cool expansion and another rise is expected this summer. Since the 1960s, there’s been a consensus among economists that an unemployment rate of 5-6 percent should be the sweet spot for a stable “prosperity.”

Before you start converting your assets in to gold as a hedge against wage driven runaway inflation, keep in mind the total number of workers counted as officially unemployed is still 7.1 million, hardly an insignificant figure. I’d like to also point out something many economists ignore—there are factors other than genuine full employment that can and do lower the official unemployment rate. These include:

* Marginally Attached to the Workforce. These drop-outs are long-term unemployed who are available, and would still like to work, but either don’t regularly search, or have simply quit looking for jobs, because they don’t believe that any boss will hire them.

* The 1.5 million marginally attached are augmented by early retirements because they can’t find work, and those in or returning to school in hopes of gaining marketable qualifications for available jobs. This has led to a stubbornly low employment to population ratio of 60.2 percent—hardly a bellwether of full employment.

* Involuntary part-time. While casual day labor has been around as long as capitalism huge numbers of regular part-time jobs are a relatively recent trend. There are, of course, some workers who prefer part-time for various personal reasons. But in April there were still 5.3 million counted as “involuntary part-time” because they need and want a full-time job but can’t find one.

You can see that these marginals and involuntaries just about equal the official unemployed numbers, effectively doubling the real jobless rate.

There are no hard figures on how many in college or trade school programs would prefer to be working. Most, are seeking degrees and certifications in hope that they lead to good jobs—certainly not a sure thing. But we can safely assume that, like most students, they share in the crushing burden of student loan debt of more than 1.3 trillion dollars.

Some Early Warning Signs of Trouble Ahead

Health care has been one of the few consistent growth industries throughout the recovery from the Great Recession. This was in part fueled by millions of previously uninsured Americans gaining some access to health care through subsidized insurance, and in some states expanded Medicaid, provided by the Affordable Care Act.

Trump’s American Health Care Act repealing and replacing what the Republicans call ObamaCare is really a massive tax cut for the rich. Its sole purpose is to cut spending on health care for millions to pay for a big part of the lost tax revenue. The title of a New York Times article nails one of the dangerous side effects of the bill celebrated by most of the GOP House membership in the White House Rose Garden–Health Act Repeal Could Threaten U.S. Job Engine.

Obama’s signature plan was written by the insurance Robber Barons and focused mainly on expanding coverage to those not in employer-offered plans. TrumpCare could also impact those depending on insurance benefits where they work. Another article in the paper formerly located on Times Square says,

“About half of all Americans get health coverage through work. The bill would make it easier for employers to increase the amount that employees could be asked to pay in premiums, or to stop offering coverage entirely. It also has the potential to weaken rules against capping worker’s benefits or limiting how much employees can be asked to pay in deductibles or co-payments.”

Unorganized workers can do little to resist these cuts. Health care, already the most contentious—and expensive—component of collective bargaining will get tougher yet for our unions.

Another usual job creator is in trouble—brick and mortar retail sales. Legendary Sears Roebuck is on the verge of collapse. Shopping Malls crowded a decade ago are closing, often razed. Macy’s and Target have been laying off workers and even Walmart is retrenching. Online sales giants like Amazon are far less labor intensive and pay very low wages.

Show Us the Money

The major benefit—or fear, depending on your class perspective—of full, or nearly full employment is higher wages. There is little evidence of that. The working class benchmark average weekly earnings for production and nonsupervisory workers, now at 740.00 dollars, increased only about 19 dollars since April 2016—almost spot on the official inflation rate.

2.6 million workers—most of them over the age of 24—are still working for the Federal minimum of 7.25 per hour that was last raised in 2009. Some significant raises for low wage workers—including adjunct faculty on many campuses–are being won by the Fight for 15 movement. FF15 has also been the driving force in winning increases in state and local minimum wage laws. But the employers are fighting back through tactics like Preemption where states forbid local governments from setting higher rates than state minimums.

Trump cynically exploited deep resentment about this loss of the American Dream with his racist attacks on Mexican workers branded as stealing American jobs on both sides of the border. He promised to tear up NAFTA, deport all the “illegals,” and build a wall on the border to keep them from coming back. Make America Great Again appealed to just enough strategically targeted disaffected blue collar workers for second place Trump to enter the White House through the back door of the Electoral College.

But Trump’s Hire American, Buy American program has been largely stymied. Neither his jaw-boning of American capitalists, or his so far failed attempts to levy punitive tariffs, have had much impact on reversing the Globalization strategy favored by the mainstream ruling class. His promise that only American steel would be used on the Keystone XL pipeline was rejected by its Canadian builders. U.S. jobs are still moving to Mexico. Instead of leaving NAFTA Trump has agreed to discuss “fixing” it. And his “big, beautiful wall” from the Pacific to the Gulf remains a pipe dream.

An unintended consequence of Trump’s xenophobic campaign has been to create labor shortages in sectors dependent on immigrants like agriculture and meat packing. These unpleasant, low paying jobs in mainly rural areas are not attracting Trump’s unemployed Rust Belt “base.”

American capitalism has a record of being slow to invest in “labor saving” technology—but also is noted to move quickly on a massive scale when they think it will enhance their bottom line. Steel waited too long and is still paying a penalty for their tardiness. Rail still resists relatively inexpensive safety technology and even adequate maintenance, but from the 1970s on they eliminated more than sixty percent of train crews and an even bigger percentage of clerks and dispatchers. Not all the lost auto jobs went to Mexico—many were replaced by robots.

There are already driverless trucks of all sizes on the road and some are predicting that within a decade human truck drivers will become as obsolete as the original horse drawn Teamsters. But technology is also in the works for even such low wage jobs as Fast Food. The very first strike of the 15 and a Union movement was directed at midtown Manhattan fast food outlets that four years ago were using algorithms for scheduling workers that have no regular shifts. Trump’s first failed choice for Labor Secretary was CEO of the company that operates Hardees and Carl’s Junior who happily explained the automation in the works for actual food preparation and packaging.

I’ve tried to explain the obstacles to genuine full employment and a resulting improvement in wages. It is not a pretty picture because the system itself is inherently ugly. But I wouldn’t be writing such stuff—and you probably wouldn’t be reading this—if we thought the situation is hopeless. In the next WIR, I’ll offer some suggestions about

what is to be done?

Double Calendar Entry for May 23

Fast food workers and their Fight for 15 supporters from around the Midwest will march on McDonald’s suburban Chicago headquarters the day before their annual shareholders meeting. 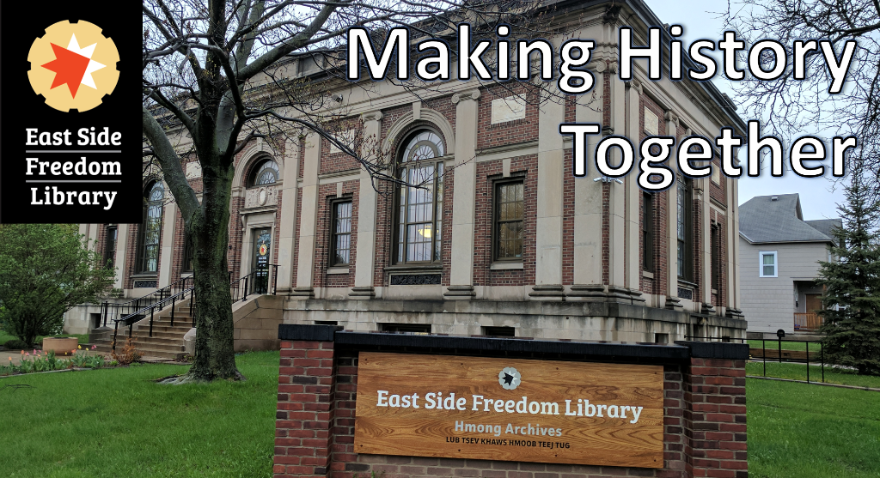 Regular readers know I am a fan of the East Side Freedom Library in St Paul. Their co-directors Peter Rachleff and Beth Cleary announced in an e-mail blast that as they near the completion of their third year of operation the Library is hosting a celebration of National History Day with a theme of Taking a Stand in History. The event will be open between 5-8PM. More information here.

I’m judicious in the use of the term hero but Peter Thomas Winkels was the real deal. He was part of the central leadership of the collectively heroic struggle of UFCW Local P-9 during their strike, corporate campaign, and boycott against Hormel in Austin, Minnesota that began in August, 1985.

It was a battle in which virtually every tactic of class combat was used on all sides. I first got to know my friend Peter Rachleff when he pulled together a very active P-9 Support Committee in the Twin Cities that led many trips to Austin to show solidarity and deliver food to the strikers. We also worked on getting resolutions of support, and financial contributions from unions. Peter went on to write a definitive book about this labor war, Hard-Pressed in the Heartland.

In the end, the combined assault of the company, a DFL Governor, and the treacherous international bureaucrats of the UFCW prevailed. They put P-9 in to trusteeship, fired the Local’s full-time staff including Pete Winkels, and agreed to a sweetheart deal with Hormel.

But the spirit of P-9 Loud and Proud was never extinguished. Mortality, however eventually claims each individual. While sorry for Pete’s loss to his family and friends we should celebrate his dedication to above and beyond what he saw as his duty.

With apologies for the length,